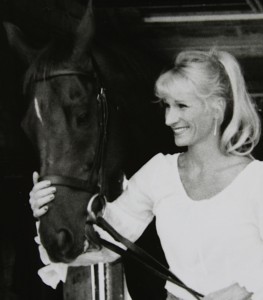 A relative and student of the wonderful artist, Sir Alfred Munnings, his work is my inspiration.  Prints of his paintings hung in my childhood home, and some of my first visual impressions were his evocative pictures of gleaming bays in autumn hunting landscapes, gypsy ponies in smoke-laden air, and the glowing coat of a white pony in a sun-drenched sand-pit.
The broader canvas of life, with its nuances of color, light and form, and the delight of  living creatures and landscapes are my additional inspiration.

Growing up with a father and sisters who rode, I  enjoyed an early introduction to equine culture. Having pursued the company of horses from early childhood lessons to showing hunters, field hunting, eventing and dressage, I’m most recently a pony club mom and eventing groom for our daughter.  My family also had an interest in art, with both parents dabbling in oils, and a father who enjoyed sculpting. I had a crayon or pencil in my hand and was making pictures of the things I loved from a very early age.  But the Munnings pictures were the thing I always had in my mind!

Sir Alfred Munnings (1877-1959) was the one-eyed son of a miller, who ascended to dizzying artistic heights as president of the Royal Academy of Art, and whose paintings now fetch millions at auction and hang in some of the finest collections in the world. I’m descended from Sir Alfred’s uncle Benjamin, who immigrated to Canada. I’ve always felt a special kinship with Sir Alfred because of our common love of art, of horses and dogs, poetry, literature and music, and of the English countryside. Sir Alfred and Lady Violet corresponded with the Canadian cousins, and greeted them at Castle House, their home in Dedham, Essex (now open to the public as an art gallery).  I still enjoy regular visits to Castle House, devour anything written about Sir Alfred or by him, and endlessly study his effortless technique.  I’m awaiting the release of a feature length film about his early days in Cornwall, entitled   “Summer in February”, and starring Dominic Cooper and Dan Stevens (of “Downton Abbey” fame).

Born and raised in Ontario, Canada, I took a Bachelor of Arts degree in English Literature at the University of Toronto, but also enjoyed courses in Greek, Roman and Medieval Art. When I went on to post-graduate work at the University of St Andrews in Scotland, I was quick to find the nearest riding establishment. This was the Low-Mitchells’ farm, “Balcormo”, which stands several Dutch Warmblood stallions, and is set in the hunting country of the Fife Foxhounds. When I returned to Canada, I married my wonderful husband, Justin Winter, took a teaching degree, and taught for several years. We have two grown children (Benjamin and Alice) and I am now a full-time artist, living on our farm near Pickens, South Carolina with a herd of three horses, two miniature donkeys, a black angus cow, numerous chickens and innumerable honey bees!

I paint because it’s my passion, and it’s my hope that the  pictures bring as much joy to those who see them as I experience in their creation. 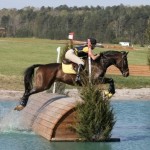